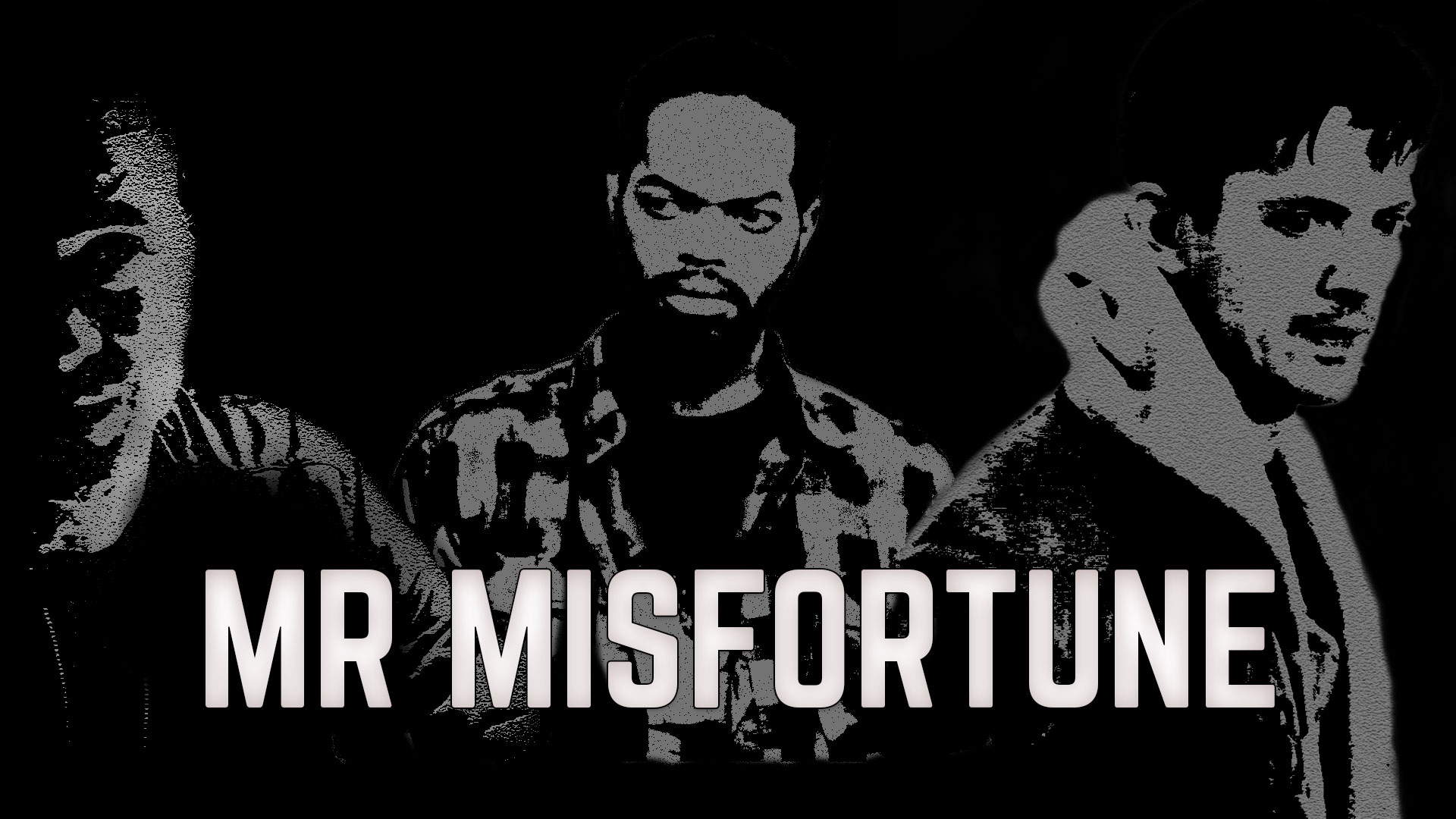 Why I Decided to Re-Release Mr Misfortune

Mr. Misfortune is an independent feature film that I wrote, directed, produced, shot, scored, edited, etc (not because I’m an auteurist, but because there weren’t ample financial resources to delegate or outsource those responsibilities). It’s a nano-budget neo-noir film (budget was just shy of $10,000).

Synopsis: In a misguided attempt to protect his friend from an extortionist, a man hijacks a blackmail scheme and puts himself and everyone he cares about in danger.

Figuring Out Distribution and Marketing

To say I was flying blind throughout the marketing and distribution phases of the initial release would be putting things mildly – too mildly.

I did my due diligence, researched the pros and cons of self distribution, hybrid distribution, aggregators, and traditional. The distribution landscape evolves at a high velocity, and best practices and surefire strategies quickly become obsolete, or even volatile. For example, I dodged a massive bullet by hesitating long enough for the Distribbr debacle to unfold. I was a few clicks away from throwing away a sizable amount of money on a service that was maybe a week away from ceasing to operate.

I’m not a social media influencer, nor am I particularly adept at or comfortable with marketing, so I did the best I could, and friends – it wasn’t enough. There’s a gross feeling that surfaces when you get into a mode that requires constant promotion a la “Did someone say movie? I made a movie. Here’s a bunch of info about it that you didn’t ask for and are not interested in…”

When you make a nano-budget feature film, it’s hard to envision the completion of the film being the relatively easy part of the equation. Apologies for forgetting the source of this quote, but to paraphrase something I picked up from some article, interview, or podcast: “Making a movie is like giving birth; releasing it is like raising a child.” I can’t attest to the accuracy of the analogy from experience, but I can sure believe it.

Indie filmmaking is an entrepreneurial effort riddled with traps leading to sunken cost fallacies. This doesn’t end when the picture is locked and the final mix is in. It extends to the festival, distribution, and marketing phases. Even if your personal investment is composed of sweat equity and the bulk of the expenses originate from opportunity and not hard costs, you will feel obligated to keep pushing.

I don’t think any of this goes away when you operate at a higher budgetary level. It just becomes a matter of assessing the right financial resources to allocate to these tasks that you can somewhat afford to delegate.

So what’s the point?

Good question. For me, the objective remained the same from conception, to development, throughout all phases of production, and beyond: make a feature film and get eyes on it.

With barely enough resources to complete the movie, I knew going into it that there wouldn’t really be a budget for promotional considerations, E & O insurance, producer’s reps, publicists, or any of that.

During production, there wasn’t time to capture a lot of behind the scenes stuff (this is something that every filmmaker should account for, as it’s critical for fan engagement and audience growth), so that begs the question “What value can I offer to people in exchange for them considering to buy/rent/watch Mr Misfortune?”

The only thing I’ve come up with so far is, well, this site. Specifically, to offer honest reflections of my experiences making the film in the hopes that other filmmakers will be inspired to go out and make their own movie and fortify their production methods by learning from my accounts and those of other indie filmmakers.

In a strange turn of events, some of the information gleaned from the IFJ interviews inspired me to take another look at my own movie and see if I could enhance it with some minor adjustments. The interview with Omar Naim and Russell Lichter made me think about the flashbacks and what might happen if they were moved to the front. Accepting feedback on the polarizing nature of the original score made me think about better alternatives (which really sucked, because I spent a lot of time writing the original music). These changes introduced unique challenges and required a lot of work, but there was no additional hard cost. I justified the new work by remembering the primary objective (simply making the movie and releasing the movie and making it accessible to get eyes on it), and I couldn’t be happier about how it turned out.

For filmmakers, no movie will ever feel complete, but I’m proud of the new cut and think it addresses a lot of the issues present in previous versions. I now have a feature film that fans of independent film and neo-noir movies can rent, purchase, stream, or buy on physical media.

I’ll be posting more articles focused on various aspects of the process and what I learned, but in the meantime, go watch Mr Misfortune!

In a misguided attempt to protect his friend from an extortionist, a man hijacks a blackmail scheme and puts himself and everyone he cares about in danger.