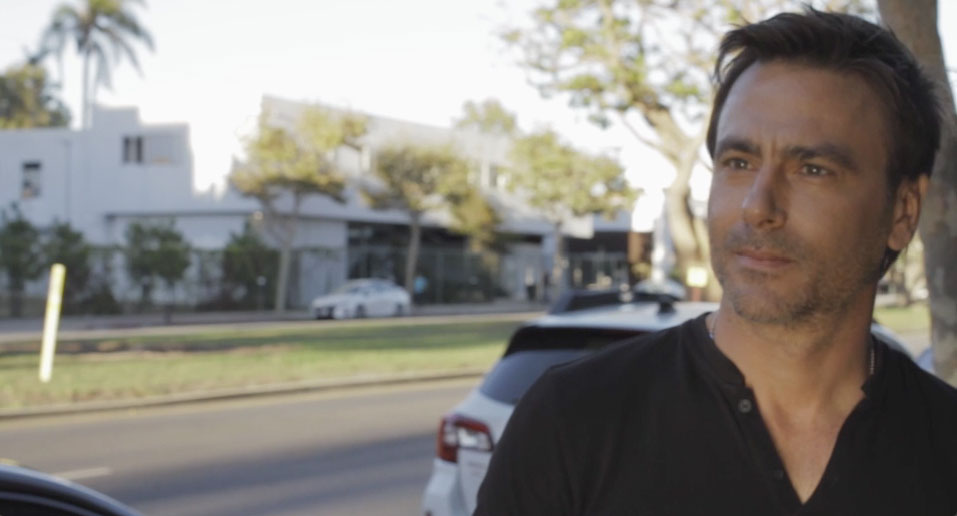 Don’t Be Afraid of Action

When you don’t have much (or any) money to make a movie, your instinct might be to shy away from incorporating action into your film. This is a mistake, as action scenes can be faster, easier, and more affordable to shoot. It depends on how you plan and execute. First, let’s define “action.”

For our purposes, “action” will be defined as depictions of a character’s physical movements that are not necessarily complementary to any dialogue. Your imagination might immediately conjure an image of combat, but fight scenes are just one form of action. Other examples include a character sneaking around the side of a house, marching angrily down a sidewalk, slamming a door, or lighting a cigarette and staring at it instead of smoking it.

Think of a silent film. Before synchronized sound existed in motion pictures, films were made up of action with the rare card intended to include bits of dialogue or exposition the filmmaker deemed essential for the audience to perceive literally instead of by composition or movement.

In practical terms, action (with the exception of fight scenes or proper stunts) is easier and faster to shoot, and lends itself to guerrilla filmmaking. If you plan correctly and edit the scene in your head prior to filming, you’ll have a strong sense of what’s essential to capture. Depending on the nature of what needs to be conveyed in the scene, storyboards can be very helpful. They can function as a shot list, but just like the first draft of a script, the main benefit of storyboards for these kinds of scenes is to assure you that there is a way to do this, instilling confidence and reducing anxiety when you get to set, and freeing you up to change your mind based on the realities of the shooting conditions or new ideas that being on set inspires.

There’s a scene in Mr Misfortune where the protagonist, Max, follows Kester, the antagonist. At this point in the movie, Max has had enough of Kester’s manipulation, and he has resolved to kill him. Kester is well aware and gives a knowing look to a young woman who steps out from the doorway of a building as Max is about to pass her to deliver a warning. The scene was shot on a sidewalk on a busy street in late afternoon, and with about fifteen minutes of sunlight left in the day. Budgetary constraints of the film prohibited blocking off the street, so we had to race the setting sun and shoot quickly. On top of that, the lead got stuck in traffic and only made it to the location ten minutes before sunset. That’s indie film production for you!

The late arrival of the actor could have been disastrous, but I was able to shoot around him. Using a gimbal and wireless lavaliere microphones, we moved fast and were able to exhaustively capture various angles of Kester walking, the young woman waiting, the shared glance, etc. Finally, the lead arrived. We got a mic on him and got three or four shots off before the light was no good. It was enough, and although I would have preferred a longer scene, what we got cut together nicely, giving me many options to use in post, as well as one of my favorite shots in the whole film: a tracking shot of Kester from behind that rotates around him when he stops, becoming a close up of his face bathed in the glow of the setting sun. The shot encapsulates the character perfectly: he marches on, bathed in light and unaffected by any of the darkness and devastation he leaves in his wake.

Action scenes like the one listed above give us a break from scenes limited to talking heads, which most independent films are (over)saturated with. Not only do they give the audience a break from hearing people talk incessantly, but they also give us as filmmakers a break. They eliminate or reduce the amount of dialogue editing (and possibly ADR work) to be done in post. Any diegetic sound (sound meant to be perceived as emanating from any source within the world of the film) can be added or easily replaced. Even with some dialogue mixed in, these shots/scenes/sequences will be easier to understand by an international audience, broadening the potential appeal and increasing the commercial viability of your movie.

Of course, this must be balanced with cast and crew safety. Shooting a car chase on a street that hasn’t been blocked off with no stunt supervisor, medic, or rehearsal is not the same thing as stealing a shot of a person walking down the sidewalk or hiding behind a parked car. Use discretion and don’t take risks that might endanger anyone on set. This is nothing to be cavalier about, and no shot is worth the risk of someone getting injured or worse, but with some forethought and planning, you can quickly and cheaply capture something that exercises different aspects of cinematic language.