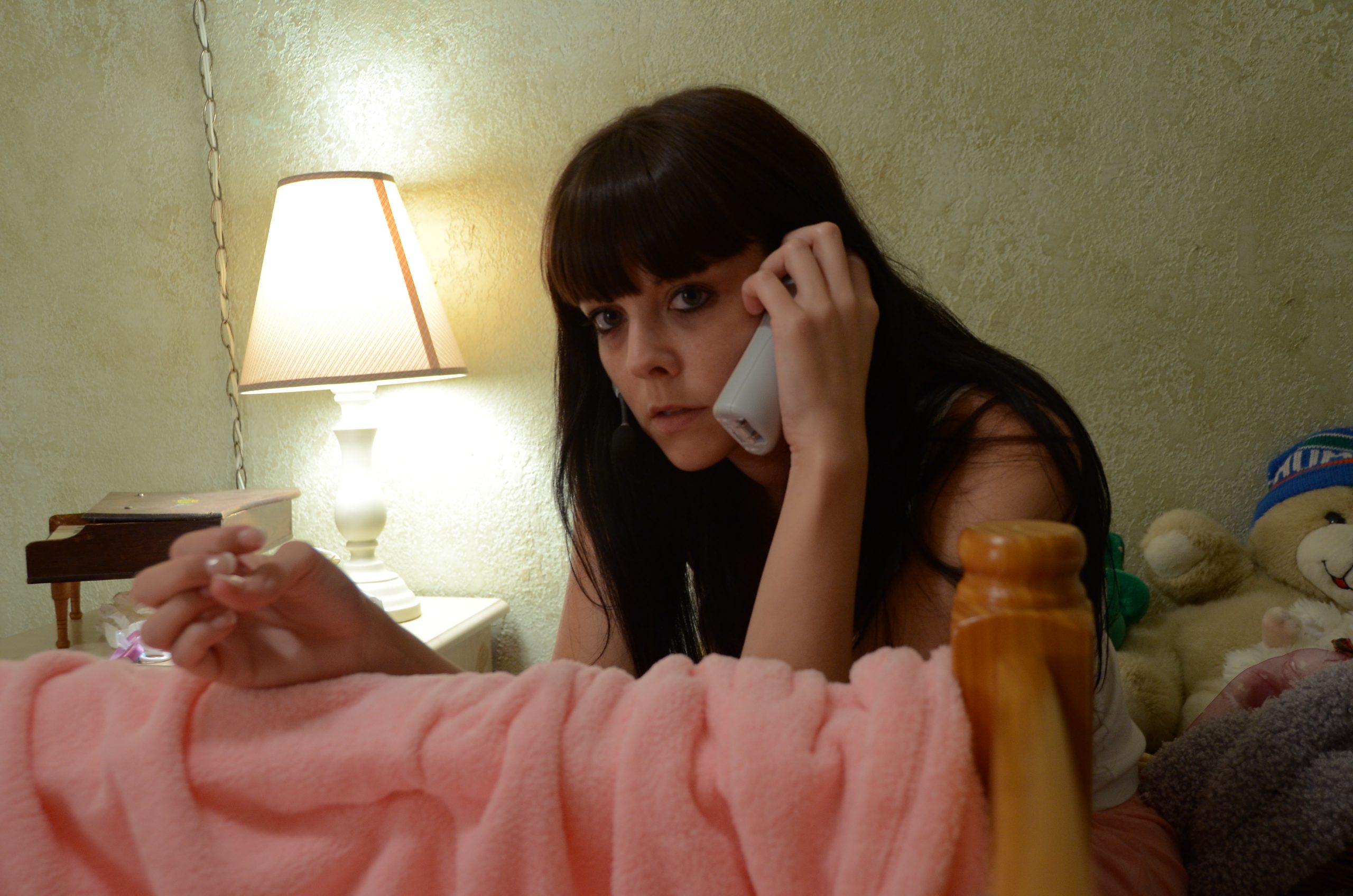 Suspense on a Budget: How Curt Wiser Pulled Off Contained Thriller Cam-Girl

Aided by resourcefulness and a clever premise that maximizes suspense and minimizes onscreen characters and locations, Curt Wiser was able to write, produce, and direct his debut feature Cam-Girl. We spoke with Curt about ramping up from shorts, adapting a film into a novel, and leveraging his skillset (in this case visual effects and animation) to add production value.

IFJ: Congratulations on Cam-Girl. Can you tell us what it’s about?

CW: Thank you. Cam-Girl is a Suspense movie about a single mother and webcam stripper who is pushed to her limit when held hostage by an unknown gunman.

IFJ: You’re credited as both the screenwriter and the author of the related novel Box Cutter Killer. What was it like adapting your own work?

CW: Surprisingly, the movie came first. Usually it is the other way around.    Right after the movie was released I saw an online posting by a small indie publisher, which is now closed for business, that was looking for novel adaptations from existing features.

I sent them the trailer for the movie and they said, if you write an adaptation, we’ll publish it. My reply was “I better write this then!”    Adapting the feature into a novel was a great experience, it allowed me to expand on the scope of what we did in the movie. The big difference being there are no budget or physical limitations to one’s imagination.

Cam-Girl is character driven to begin with, so the narrative was easy to convert into the internal prose we love in novels. Most importantly, contributions that our actors, such as Erin Cline and Joe Coffey gave in their performances, mannerisms and certain visuals became part of the novel and only made it stronger. I hope to re-publish the book with the title of Cam-Girl.

IFJ: For screenwriters who are interested in writing novels, can you tell us some of the similarities and differences in the way you approach each type of writing?

CW: Screenplays are all about what you see and hear, in relation to what will hopefully become a movie someday. Novels are able to explore so much about the internal thoughts and emotions of your main character and the book is the final product. In novels you have more liberty as a writer, you can take fun detours away from your A-story as long as the reader finds it entertaining and relevant.

Yet in screenplays you have to tell a story in a very concise way.  A feature script is also held to a higher standard in terms of formatting. Novels, on the other hand, can even change tense or point of view as long as it feels logical to the reader. For writers interested in this topic I can highly recommend a guide book, Adapting Sideways by Charlotte Cook and Jon James Miller.

CW: Like most of us, it started with a love of movies, or storytelling in general.  The movie that inspired me to get into filmmaking and visual effects, is Fight Club.  That movie was so bold and original for a studio film. The way David Fincher used visual effects to create shots that are impossible with a physical camera really opened my eyes.

As for what types of movies were influences for Cam-Girl, the main ones are Hard Candy (2005) and Phone Booth (2002).

IFJ: Did your background in computer animation and visual effects inform how you made Cam-Girl?

CW: Yes. Write what you have access to is the main adage they say about indie filmmaking. I wrote the script knowing I could handle the visual effects shots and add some free production value to the movie. I have a Bachelor’s Degree in Computer Animation.

This also helped the actors with their performances during production. For example, in a scene where Gessica, our protagonist is in the middle of a text chat with a client on her laptop, I made those graphics of the text you see in the movie before production.

So while we shot the scene with the actor, Erin was able to see the text chat actually play out on the screen in front of her. I set up the graphics so that with a key stroke, Erin was able to enter what her message is, then a few seconds later the reply would pop up for her to react to.

IFJ: You made short films before your first feature. What did you learn from them?

CW: I recommend people make a short or two before a feature, but hopefully not twelve shorts before they make that leap if they want to become a filmmaker.

My one minute animated short Power Grab, taught me the importance of not wasting a second of screen time to get your story across. That short stood out when it played as part of a short film block at a festival because it was the shortest one they screened.

IFJ: If you’re able to divulge it, what was the budget? How was the money allocated?

CW: Cam-Girl is far enough along into it’s release I can talk budget. Our production budget was $20,000. It was shot in Florida and we called in a lot of favors. The post-production costs did not add much to that figure, we paid the Editor, Curtis Norton and Composer, Wolfgang Lackner a fair rate for working on an ultra-low budget movie like this.

IFJ: Can you give us a rough breakdown of the production schedule? How many days did you shoot for, and over what period of time?

CW: We shot for eighteen days of production, we had the weekends off in-between those production days. On one of the Sundays, it was just me and a skeleton crew in the main location shooting nothing but insert shots. That “insert day” saved us a lot of time and money.

IFJ: What equipment did you use to make the film?

CW: We had two Nikon D7000 cameras pointing at the action for the whole shoot. I operated one camera and our DP, Odorico Mendes was behind the other. In a few cases I broke off from set with a camera to shoot second unit. For most of the post-production we used the Adobe creative suite.

IFJ: What did you learn from making Cam-Girl that you wish you knew going into production?

CW: The biggest lesson was before you start shooting any new set up, part of your job as a director is to consider everything from the actor’s and crew’s perspective to make sure everyone knows what is going on. In other words, do not assume everyone knows the details you do. You want your actors and crew feeling respected and safe on set at all times, proper communication is a big part of that.

IFJ: Did any major obstacles surface during post-production? How did you overcome them?

CW: It is best not to go into too much detail, but dealing with the audio in post-production was a nightmare. The editor and I had to employ different methods and spend countless hours to arrive at the final audio mix.

CW: Post-production went on for twelve months, mostly because the editor and I both had full time day jobs and worked on the movie during our down time. While Curtis was editing, I worked away on the rest of it.  Things like bringing in the actors for ADR, finishing up the visual effects and recording Foley. I believe the entire movie was made with Foley or location sounds we recorded, no sound library was used.

IFJ: What was your marketing and distribution strategy for Cam-Girl?

CW: Our Executive Producers wanted to go straight to distributors once we had a final edit. So, that is what we did.  I have no regrets about it all. That said, I would remind filmmakers starting out to also have the plan for distribution agreed upon in the contract before you start production. Some Producers are big on doing a film festival run to help market a movie first, others are not. I am not an attorney, consult an entertainment attorney before signing any agreement.

IFJ: A lot of filmmakers seem to be returning to short films after or between features. What prompted that decision for you, and do you want to make another feature in the future?

CW: Great question. After Cam-Girl I would be happy only making features after that.  I have written many feature screenplays and pilots since. While I have been trying to get those other projects made, in 2019 I found myself about to move across country to California to further my career, but I realized it has been many years since I added a credit to my name.

That is what led to shooting two companion short films back to back one day while I was still living in Florida. It helped that I could still shoot with the friends and contacts I have over there. Those two shorts, Woman and Man where finished up in 2020 and are being considered by film festivals now. Both shorts were so much fun to make and fit within my brand, dealing with the relationships and differences between men and women.

IFJ: Action and visual effects can seem daunting for filmmakers embarking on their first big movie. What advice would you give to them?

CW: Always work with professionals. Make sure everyone on set is safe and understands how a stunt or action will be performed.

For visual effects, I personally feel the best shots are usually a blend of practical and visual effects. Trying to create anything liquid like blood or water is very hard to make believable with visual effects. If you can afford do it in camera on set, do it. That is best for the actors and will keep you out of trouble if you find you cannot “fix it in post.”

CW: I wrote a Thriller called Anxiety and am trying to get that feature produced.  That script was just nominated for Best Screenplay by Shockfest Film Festival 2020 and Horror icon Victoria De Mare (Killjoy franchise) is attached in a lead role.

Other specs I have written include Rage Moms and 30 Night Stand.

IFJ: Where can people follow you to stay up to date on all your projects? 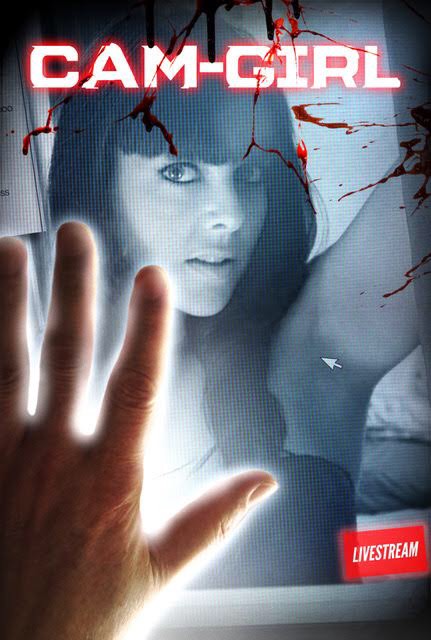 A Thriller that revolves around Gessica, a 23-year-old web cam stripper who is pushed to the limit when held hostage by an unknown gunman.