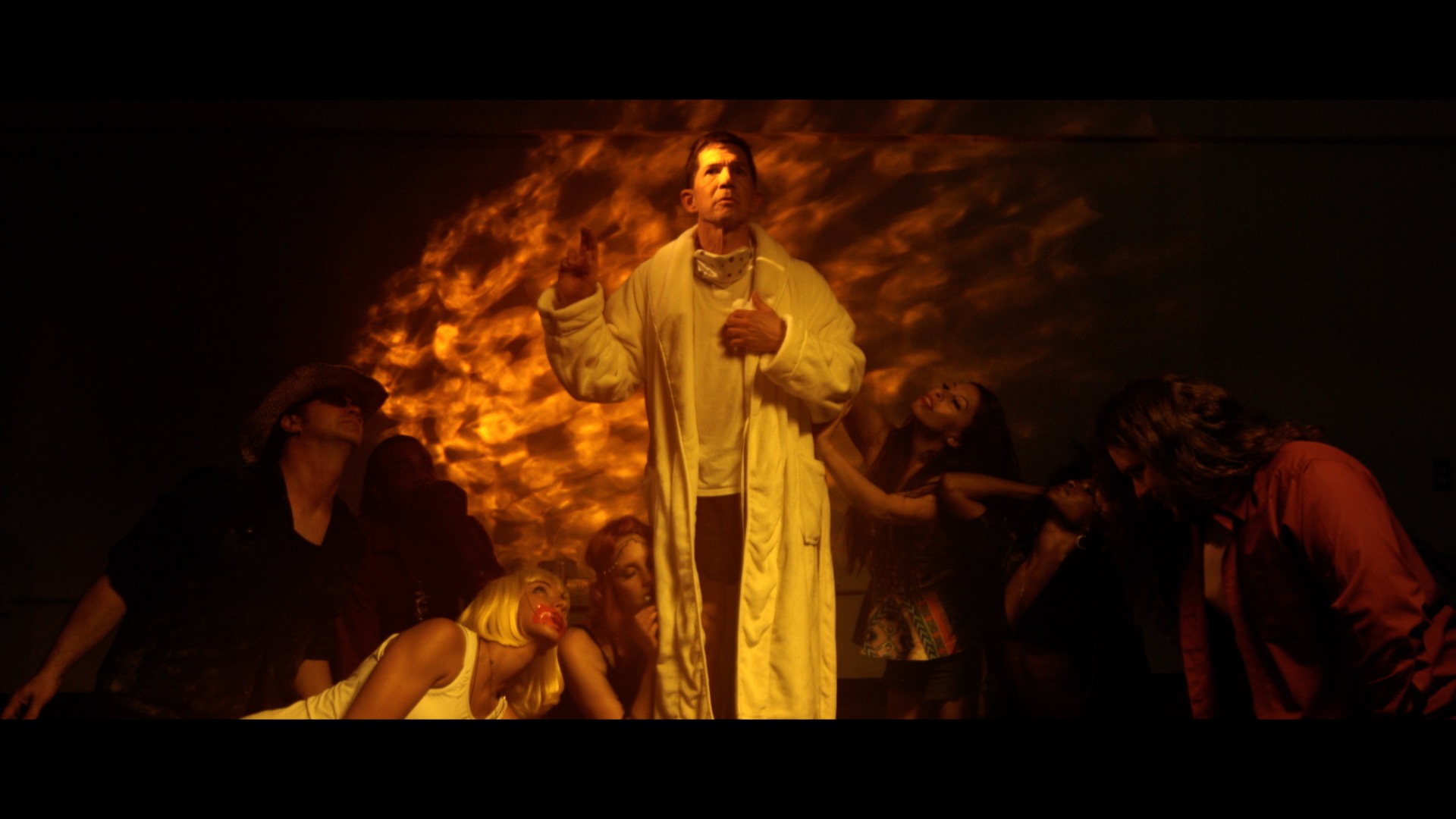 With several shorts under his belt, Frank Martinez decided to go into production on his debut feature and spent the next two years making Fade Out Ray. We talked to Frank about inspiration, purpose, and the lessons learned over such a long production period.

IFJ: Congratulations on the release of Fade Out Ray! Can you tell us what it’s about?

FM: A deranged ex-con seeks revenge when he discovers that his story has been stolen.

FM: Artists are extremely protective of their material and rightfully so. But what if someone had an absolutely horrible idea. Then in a bizarre twist, someone steals it and makes a movie from it. Who stole it and why?

The initial spark came when I was in line at a copy store, and someone ahead of me said to his friend, “Hey, how do we know that these copy guys don’t steal ideas from their customers?!”

IFJ: You directed and produced the film. Did you also write it? What was the development process like?

FM: I wrote it, yes. I moved in with my producer partner and we decided to just work off of an early draft. We just assumed that we would work out the kinks as we went along. That’s how ignorant we were and that’s how desperate we were to start shooting.

FM: I grew up daydreaming about stories. I don’t remember a thing about algebra, but I can tell you what I dreamt about in algebra class.

Then, after a decade’s long career of bartending and social work, I finally enrolled in film school at Miami Dade Community College. I found that I loved writing. After a restless couple of semesters, I decided to dive into the belly of the beast that is Los Angeles.

IFJ: Did you have any experience making films going into the production of your first feature?

FM: I made a few shorts and some comedy sketches. One of the shorts went on to high acclaim in festivals.

IFJ: What was the production schedule like? How many days did you shoot for and over what period of time?

FM: It took 50 total days over two years because we had no money. My producer and I would pool our funds together after every payday and then schedule the shoots.

IFJ: What is one lesson you learned by making the movie that you wish you knew going into production?

FM: That one page does not equal one minute. Oh no. I love my little story, but I had to whittle it down from 2 hours and 45 minutes and it was depressing to cut so much out.

IFJ: If you’re able to divulge it, what was the budget for the film and how did you put the money together?

FM: The budget was roughly 75K. We paid for it ourselves. On paydays we would look at our bank accounts and then schedule the scenes based on what actors were available that week.

IFJ: Did you have a marketing and distribution strategy during development or going into production, or did that materialize after you completed the film?

FM: Sort of materialized after completion. We’re still learning and we are in discussion with several companies. We have submitted to film festivals and actually won an audience award from the Erie International Festival. I also am having Spanish subtitles created. I hope to reach the outstanding Mexican cinema community.

IFJ: There are many possible objectives for a first feature. What was the primary thing you wanted to accomplish by making Fade Out Ray?

FM: We would love to build our little cult following and maintain relationships with those fans for years to come.  Would love to continue learning from fans and fellow storytellers.

IFJ: What advice would you give to someone who is thinking about making their first movie?

FM: Ooof….hmmm…assuming someone has limited resources remember; one page does not equal one minute, limit the amount of characters, take chances, even when people tell you you’re wrong. Who are they? They’re not in your head! And if you fail, you learn.

FM: Focussing on writing a thriller with my Fade Out Ray producer partner, Turk Matthews. Then I have a number of story set-ups that I would like to finish. Looks like thrillers are my favorite genre.

IFJ: Where can people find you to stay up to date with all your projects?

FM: For the moment, we have a Fade Out Ray page on Instagram and Facebook. They can certainly contact me through either of those or they can reach me at my personal Facebook page under ‘Frank Martinez.’ No actual official ‘Frank Martinez’ artist page at the moment. 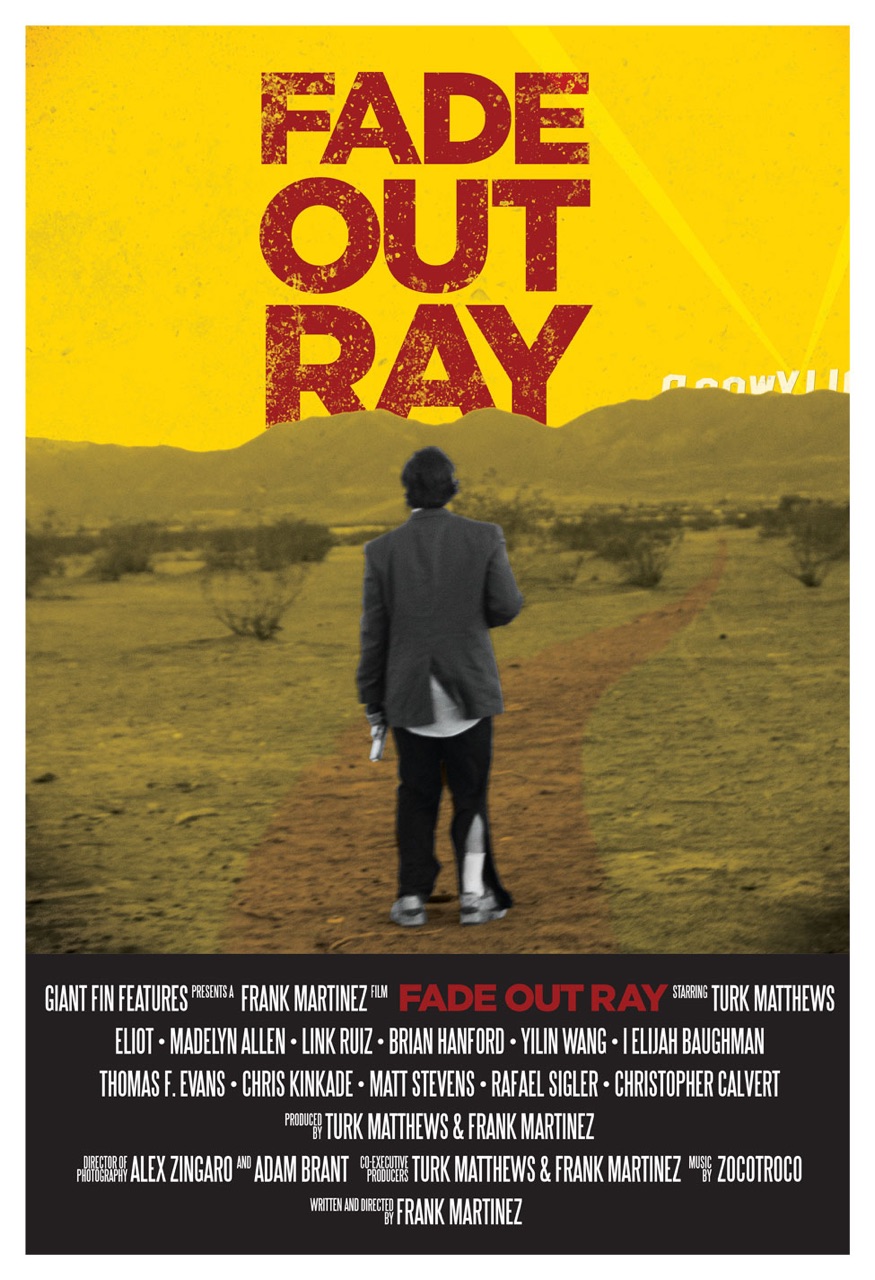 Ray Balfi writes a feature length cartoon in hopes of fortune and fame.