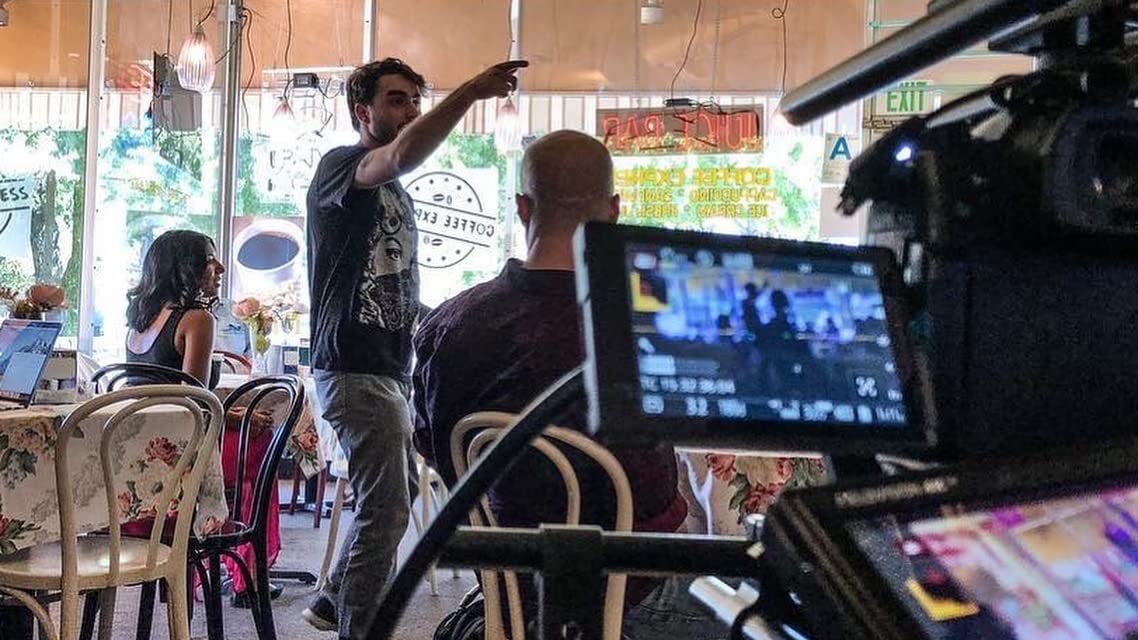 We spoke with Jonathan Latona, a virtual one person production team, about making his first feature, navigating distribution when platforms are increasingly becoming closed to independent filmmakers, and the validation of having people watch your film that took five years to develop and almost one year to shoot.

IFJ: Congratulations on the release of DOUG,  your first feature! Can you tell us what it’s about?

JL: Thank you, DOUG is an underdog story about an actor trying to regain leading status in his older age.

JL: Doug Burch. As simple as that. I met Doug Burch one day filming a small commercial when I just arrived in LA, and we briefly spoke about making more feature films. He started his feature film THE LOST ONE and I jumped on that as Cinematographer, and before I knew it we began collaborating. Years later, I approached him with DOUG, a film about an older guy who was struggling with his acting career in his older age. I explained that Doug himself would basically play a fictional version of himself and he was fully on board. Next thing we knew, after 5 years of tailoring the script around him, we began shooting and never looked back.

JL: I started out as an actor, mostly in theater, and hated every minute of the experience. Granted, it wasn’t the most stimulating or creative atmosphere with a lot of brittle people. I took it very seriously, going to acting classes when I wasn’t in school–I didn’t realize until now that all of those people in that theater department were not my friends, in fact they were out for themselves for whatever reason that might be; honestly, its telling of what kind of character they have when you reach out to them while you’re all living in LA and none of them respond.

So, I quit the theater and quit acting (even though I cast myself in some cameo roles in my films) and began doing heavy research into filmmaking. I must have begun this endeavor in the early years of facebook and the internet because I honestly don’t remember when I started researching filmmakers, directors, etc. but It must have been around this time. Anyway, another big decision was to move away from the state I had lived my entire life: Florida. I hated that environment, the lack of art and social interactions, the particular stained feeling you get when you’re still around people who “know” you, the feeling of failure and afraid to try something new wasn’t lost on me, I knew I had to leave, just didn’t know how or when. Upon graduating High School, I had an epiphany and left for Wilmington, NC.

That’s where my filmmaking journey officially begins. Once I enrolled in College, I ended up taking more film courses than official classes and ended up filming bands and making short films, doing practically anything I could to get my hands on a camera.

IFJ: Prior to making DOUG, you made several shorts, both narrative and documentary. What did you learn from that experience?

JL: I’m always filming little projects; short films, commercials, music videos, even feature films–i’m always working and trying to find ways to challenge myself. With the earlier projects, it was more or less “can we do this?” kind of question. Too many kids were playing it by the books with their careers, not knowing where they’d end up, trying to take a moral high ground with what they wanted to do (contrary to popular belief, not everyone wants to be a director). However, there was a distinct difference between people who wanted to make Film part of their lives and careers, or just for credit. So, I ended up working on a lot of projects made by people who, in the moment, thought they wanted to make films but ended up taking a different path. This happened almost every other day.

After 6 years of watching too many people become disillusioned with their places in life, I knew there was only one place for me to go: LOS ANGELES

A lot of the shorts I worked on in Wilmington were me experimenting with my craft, seeing if I could put together certain projects. I ended up filming boxes worth of Mini DV tapes of bands in Wilmington, one in particular I edited together a documentary–more akin to found footage. But hey, that’s how it goes sometimes, you have to innovate and create the work to get work, otherwise nobody will take you seriously.

IFJ: What was the production schedule like? How many days did you shoot for and over what period of time?

JL: Putting DOUG together was a project in itself, the schedule was whenever I had money but I was LUCKY we filmed the entire project for 11 months and 4 days. The script took me 5 years to master. 11 months to shoot, and even then I didn’t have the satisfaction of paying everybody. We didn’t have a lump sum of money, we didn’t have anything. I paid for locations with the little money I received from my shitty job working in restaurants. Fuck that! We took our time and in the end, I was worried that something could happen in between. I thought we could make this project and learn how to make more better, easier… I was just lucky everyone was on my side and we ended up with a quality micro budget/no budget feature that (maybe) someone will see the entire thing and not go “OMG over 2 hours?!” like some of my peers. In the end, I think the best compliment is “you can just have it on” but for cinema lovers, it truly means the world that they’re watching the entire thing and feel like they can take their time with my film. That, to me, is a great compliment–at least someone is watching.

IFJ: What was the makeup of your crew?

JL: Just me and a sound guy. And Doug. My cast made up most of the crew, with myself slating and lighting everything myself and (literally) working up a sweat everyday hoping it works. Every now and then, i’d have a little help with makeup, maybe an AC, but for the most part, I didn’t have an official crew. People say they want to help and say they want to work, only usually never come through.

JL: Shot in 4K on a Panasonic GH5 with a plethora of lenses I’ve collected through the years.

JL: Approximately 10 grand, including post. Literally nothing. All of this money was accrued with money from a shit job.

IFJ: Independent movies hinge on the filmmaker’s resourcefulness and adaptability. Did any obstacle come up while shooting that required an out of the box, improvised solution?

JL: This usually depended on the scene, and since we took our time to film the project, it wasn’t like we had to make leaps and bounds on locations, we could actually take our time and think about how we could make scenes happen. The film was shot out of sequence to reflect what we could shoot when we could do it–shooting easier scenes first, etc. working our way to harder material. That’s all you can do.

Specific scenes like DOUG running down the Hollywood Blvd was shot the night before Halloween, but the scene leading up top that was shot in December. The scene where DOUG is about to barf and runs into his manager (same sequence) was also shot on seperate nights. The nice thing is when you realize filmmaking has no rules, you’re free to do whatever you want. The audience never knows the tricks unless you tell them.

JL: I enjoyed every bit of this process, otherwise I wouldn’t continue making films this way. You have to truly love it or else…

IFJ: What did you learn from making DOUG that you wish you knew going into production?

JL: If I knew then what I know now about distribution, I would have it on more streaming networks. I’m still trying but recently Amazon took us off of Prime, but we are still available on Amazon for a rental or buy fee. Which is fine, honestly, I knew something like this would happen. For a film that was made as an art house film for a company that produces content like The Boys, I knew it was only a matter of time before a foot dropped. Marketing has never been my strong suit. However, we are still submitting to film festivals and we are still making it happen. I plan to have it on Vimeo soon. I also plan on reaching out to more distributors in the future–this isn’t the last you’ve heard of DOUG! Besides, it’s a long game. Something good will happen because it’s a feature film I completely own and can take it off Amazon any time, so if any distributor is reading, it’s available for someone to enjoy. One of these days. Someone will watch it at a time when their life is at a low point, and hopefully it inspires them to move forward.

IFJ: What was your post-production workflow?

JL: Shoot the scene, come home and edit and then go back to shooting another scene when I had locations figured out. Once we were done shooting after 11 months, we had a finished product–this workflow works best because you keep going and never stop. Feels better too, more justifiable to your crew to have something done so you can literally show them the next shoot day.

IFJ: Did any major challenges arise when you were cutting the film together?

IFJ: Did you have a marketing, festival, and distribution plan going into production, or did the completed film inform the release strategy?

JL: The completed film literally informed everything about the strategy. We couldn’t submit to every festival, because by time we were done with it, said festivals weren’t accepting submissions.

IFJ: What advice do you have for someone who is reluctant to dive into their first film?

JL: Just start figuring out how to make it, and the pieces will fall into place.

JL: Several films: i’m shooting another film soon that I wrote and am directing, wrapping up another art style film, just wrapped up another drama, about to shoot some shorts for social media (since I never post selfies and I need to post more, etc)–i’m a literal mess with what’s next and my schedule is packed! Just check out my website and IMDB, you’ll discover what’s next.

JL: They can go to my website, which has everything including my IMDB

Also check out DOUG on Amazon.

If you like what you see please leave a review. Those are always appreciated. Thank you and have a great day! 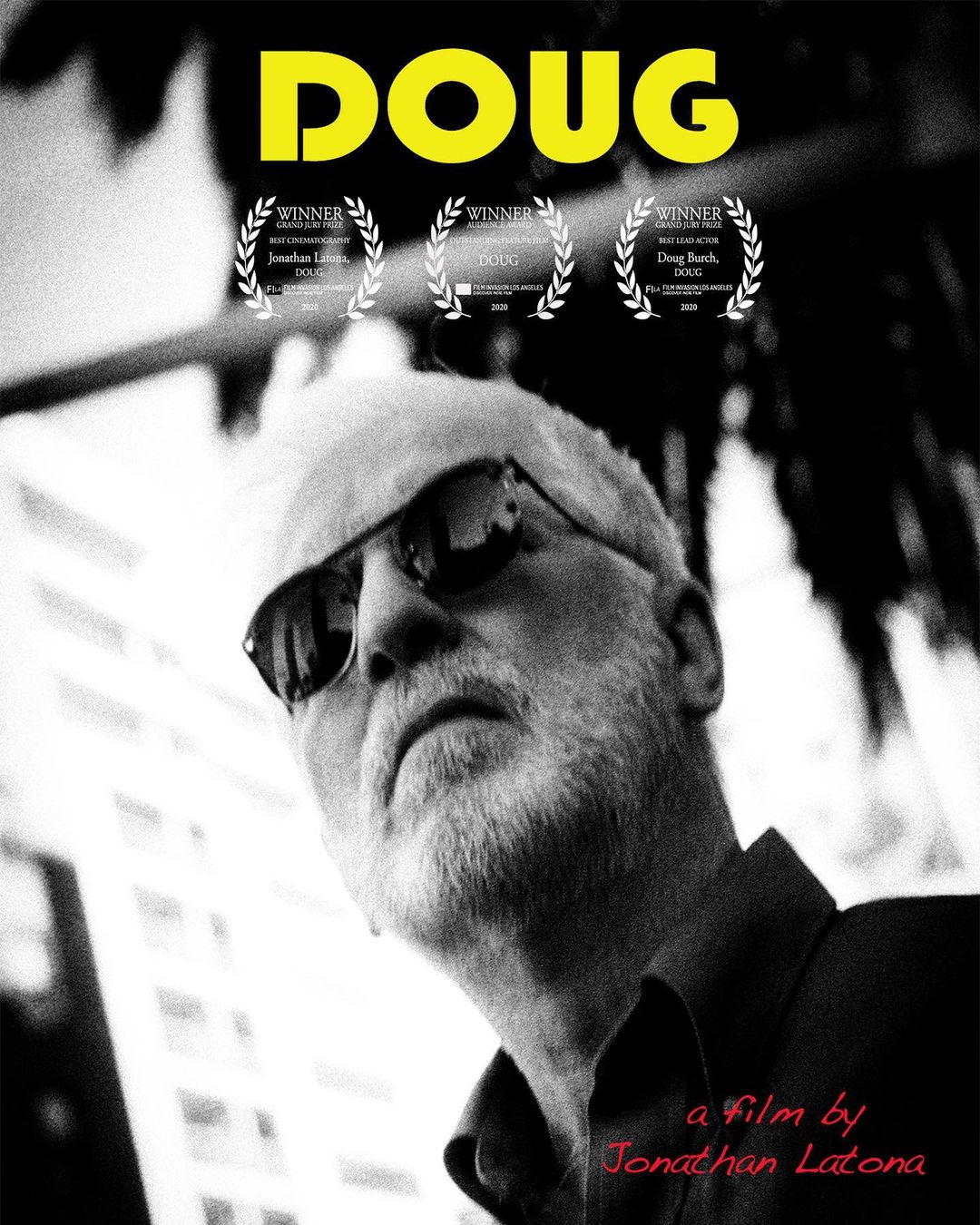 Unknown actor Doug Bridgers will stop at nothing to establish himself as a leading man in the always evolving Hollywood Film Industry.