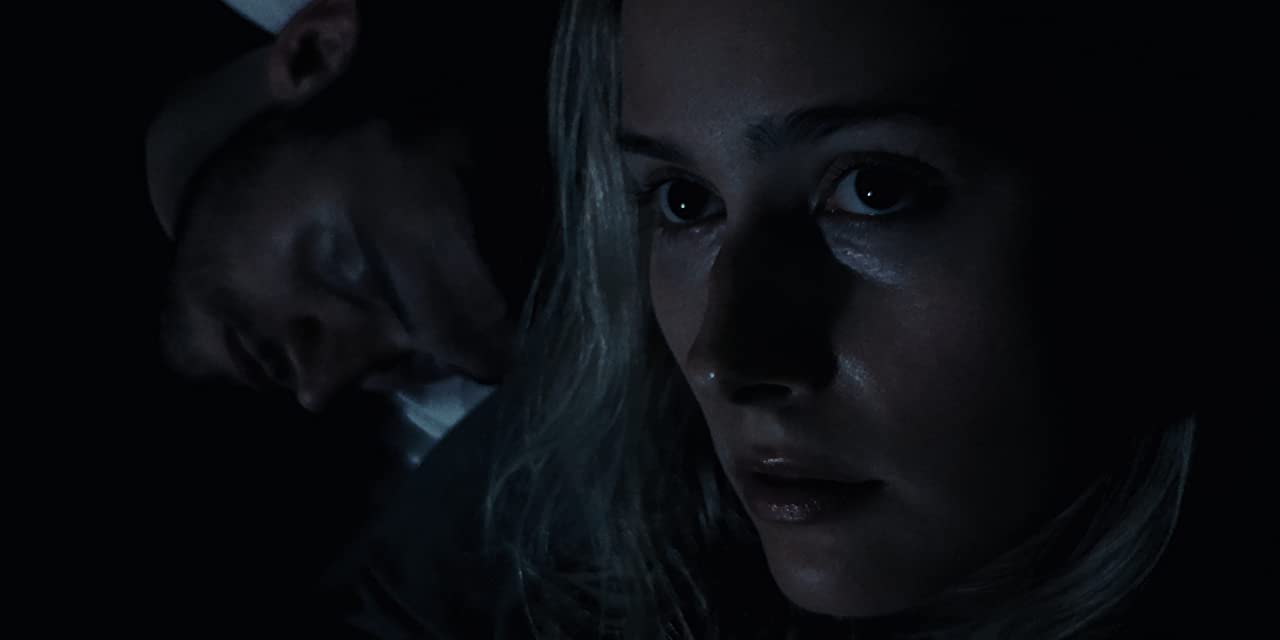 The directing team behind the latest horror film to be released by Arrow (on May 3) spoke with us about the making of their latest feature collaboration Threshold and what went on behind the scenes. It’s the kind of story that makes you want to grab a camera and go make a movie.

IFJ: Congratulations on the upcoming release of your latest film Threshold! Can you tell us what it’s about?

PY: Hi! Thank you! Boiled down, Threshold is about a sister (Virginia – Madison West), claiming to be cursed, who persuades her brother (Leo – Joey Millin) to embark on a cross country road trip to break her hex.

PR: The movie was improvised, shot on two iPhones over the course of a 12 day road trip with only us two, producer Lauren Bates, and our two actors along for the ride.

IFJ: Where can people watch the movie?

PR: On Arrow May 3rd! It’s a great app with lots of fun extras for genre fans including a ton of behind the scenes material, commentaries, and a few other surprises.

PY: Including our own feature-length making of documentary.

IFJ: What was the inspiration for Threshold?

PY: The idea actually came to me back in high school. I had this idea for this black market drug called ‘physical marriage’ that would marry two people’s physical sensations together. It would go wrong, someone would get connected to someone they didn’t like, and they have to track them down. I never ended up writing the short, but it eventually became this movie!

IFJ: Did you write Threshold based on available resources, or did you let the story evolve organically and then figure out how to make it?

PR:  It was certainly re-worked from its sci-fi origins into the horror world to fit our current interests.  As well as its emotional core shifting to a brother/sister relationship, both of whom are experiencing certain trauma and issues that resonated with everyone involved.  However, we didn’t write the ending, the first 2/3 of the film were outlined with goal posts for the plot, almost no dialogue which allowed the ending, to as you put it, evolve organically from the improvisation.

IFJ: How was the film financed?

PY: By the lint of our pockets! We saved up what we could and set out with what we had!

IFJ: Did you have a festival, marketing, and/or distribution strategy in mind going into production?

PR: Honestly, we made this movie for us.  We knew it would have some festival appeal purely based on the crazy process of how we made it.  But after a long period of attempting to pursue a more commercialized route, we needed to do something that felt personal.

IFJ: This is your second feature collaboration as co-directors. With Patrick as the credited writer and Powell as the credited cinematographer on this one. How did you start working together, and how do you approach splitting up directing responsibilities?

PY: Powell didn’t actually shoot Bastard. That was DP Ryan Hendrickson. Though, Powell has been shooting an insane amount of other projects.

PR: We met in college while Patrick was in the screenwriting program and I was studying Cinematography and Direction – which is how we met Ryan.  Since then, while we’ve decided on our next directing move, Patrick has had a successful writing career and I’ve been able to stay busy a Cinematographer.

PY: Most people assume that Powell handles all the visual design and I handle all the character stuff, but it’s actually very even. We both do our work beforehand and have such similar taste that we can always trust each other to do what’s right for our project.

PR: Threshold was unique cause it required us to all wear a ton of hats the whole way through.  Someone was always cradling a boom mic in the crook of an arm while operating a handheld phone rig, meanwhile trying to rehearse and block the improvised scenes.  Everyone was involved in the writing process.

IFJ: Threshold was shot on iPhones, and it looks amazing. How did you accomplish that?

PR:  Like all parts of filmmaking, it took a ton of collaboration.  We needed the right locations, to shoot at the right time of day, have our actors hit specific marks despite improvising scenes, and make sure every shot felt necessary for the story.  So it took the full team.  That being said, we used an app called Filmic Pro which let me control all the camera metadata and settings like exposure and shutter angle as you would any professional cinema camera I usually would handle.  On top of that we had matching sets of Moment lenses and accessories for both of our matching iPhone 8 Pluses.  This gave us telephoto, wide angle, and macro options with some fun optical diffusion, aberration, and character you might not find on the base iPhone camera.  On the post end, we worked with a colorist, Kinan Chabani, who’s done a feature with me prior, as well as a bunch of my music videos and commercials, who really brought the look home.

IFJ: How long was production? How many days and over what period of time?

PY: The road trip lasted 12 days stretching over various parts of the western states. We made sure to cover all types of climate and landscapes to really sell the character’s journey.

IFJ: What was the makeup of the crew?

PR: Patrick and I Co-Directed. Lauren Bates produced.  While I technically acted as Cinematographer, we all operated the phones at one point or another.  Typically Patrick was on sound.  And then, of course, Joey and Madison acted. That’s all the people who were on set. But this wouldn’t be the same without our incredible post team either.

PY: William Ford-Conway, who edited Bastard, returned to work his magic again. Nick Chuba made us an amazing score that really gave the movie attitude. Kinan Chabani gave the color of the film a definitive look. Charles Moody designed the soundscape of the movie front to back, as well as handling our full mix. And Jerry Robinson did an immaculate job cleaning up our awful iPhone audio as our dialogue editor.

IFJ: What was the post-production workflow?

PY: Since this was self-funded, it was all very by the seats of our pants. When something could get done, it got done. But, generally, William worked out multiple edits. When we were satisfied we moved onto ADR and sound design. And then the score and mixing came last.

IFJ: What were the biggest lessons learned from making Bastard that impacted your approach to Threshold?

PR: Well, it was rather interesting because all the things we learned on Bastard sort of had to get thrown out the window for Threshold or just weren’t relevant.  Extensive Prep/Planning work like storyboards and shotlists, straightforward communication with department heads, how to juggle splitting the crew up into units to cover more ground, and juggling emotional continuity across a schedule that was completely non-chronological.  All things any standard production would benefit from that just straight up had no impact on our shoot.  We planned our shots while we rehearsed and saw the improv, there were no other departments or a big enough crew to split into units, and we had to shoot completely chronologically due to the improv constantly affecting the plotting for the better.

PY: Yeah, a lot of the “flying by the seat of our pants” nature of Bastard was all in the production schedule and balancing technical/location/weather complications where as in Threshold we had to adapt constantly based off what the actor’s were giving us and only that. Because that’s all we had. With no script we had nothing to truly fall back on.

IFJ: What did you learn from making Threshold that you wish you knew going into production?

PR: We needed a sound guy… so bad.  Just one set of extra hands.

PY: Also just…if you’re going to make a no money movie on iPhones with no script you better have a hell of a team around you and you better trust them. We talk a lot about and support fair pay and wages for all crew members, so something like this couldn’t have supported a 15 person crew without feeling like we were taking advantage of people. But 5 friends willing to just go along for the ride…that’s manageable. So no your limits and make sure whatever story you have is 1) great and 2) lives within those limits.

IFJ: With the availability of new technology, and the democratization of filmmaking that it contributes to, some might argue that making the movie is now the easy part, and getting it seen is where the real challenge lies. What are your thoughts on that, and how have your strategies evolved from the time you released Bastard until now?

PR: We had no idea at all what we were doing when we made Bastard.  We had graduated from college three months prior, so when it was finished, we tried applying to some big festivals (that we had no business applying to with our campy 80’s style slasher) so the festival run didn’t work and we ended up just blindly emailing a ton of distribution companies.  Which did luckily work out for us, and why we were confident we’d land Threshold somewhere.

PY:  Yea, we approached the festival run by targeting genre and smartphone specific festivals. Knowing the ceiling and audience for our film meant we had a lot more energy and money to focus on the type of people who would actually be interested in watching a horror movie that’s mostly two people talking.

IFJ: What advice would you give to your younger selves when you were just starting to make your own films?

PR: Fucking relax.  No movie is worth the stress and heart attacks you gave yourself on a daily basis.  There’s always a solution.

PY: A specific voice and talent isn’t enough. Lead with empathy and be willing to help those around you to bring their passions to life, cause they’ll be the ones that enable you to make yours.

IFJ: What’s next for you guys?

PY: I have some comic work that hopefully I can announce soon. A lot of film buns in the proverbial oven. Excited to show everyone more of what we can do.

PR: Developing two tv series currently, which I’m extremely excited about, as well as a new horror script to add to the list of movies Patrick and I want to make next.  I do have a few films and a pilot I’m supposed to get to work on as a cinematographer later in the year as well. 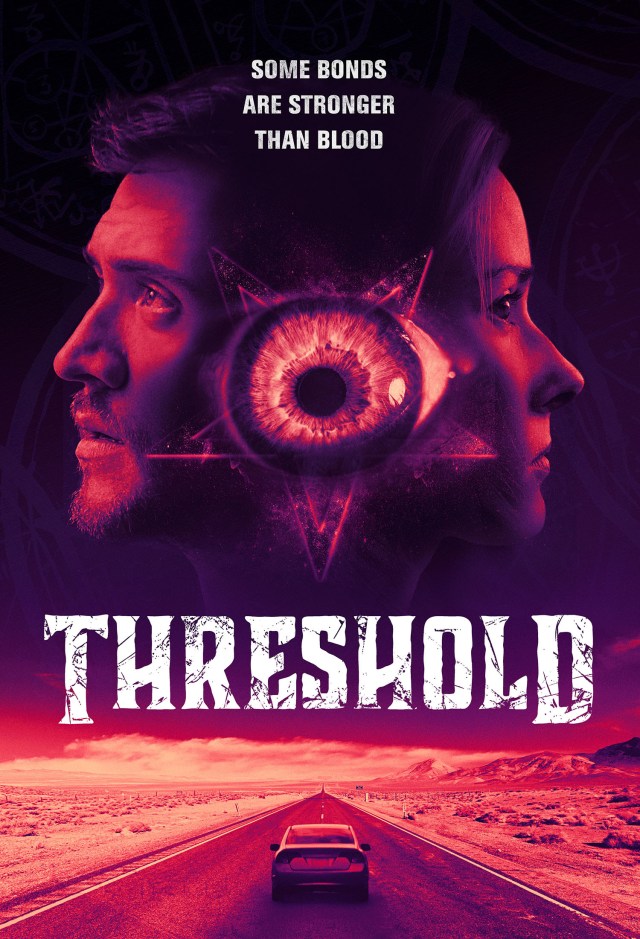 THRESHOLD follows a sister, claiming to be cursed, as she persuades her brother to embark on a cross country road trip to break her spell.