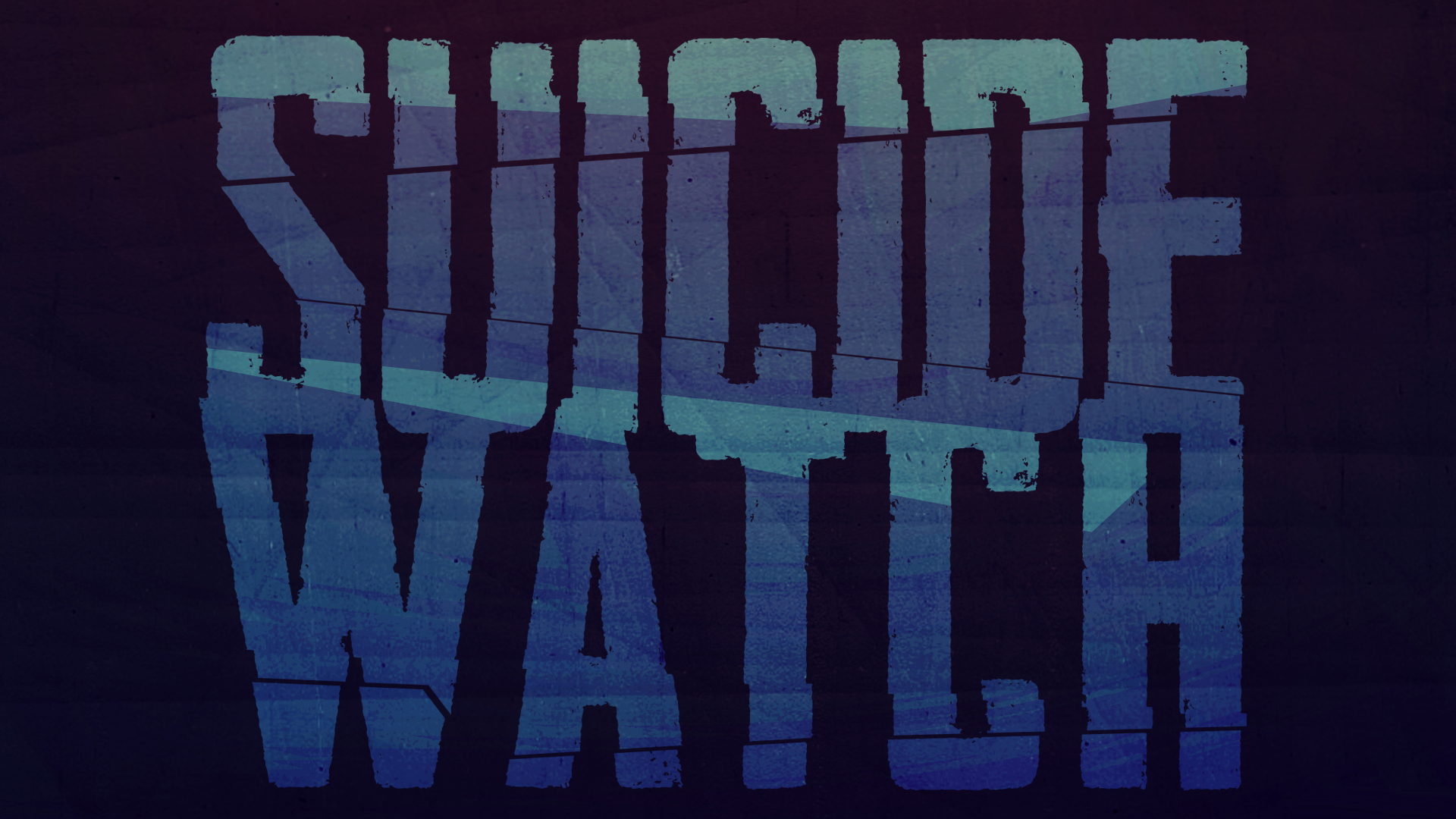 We spoke with writer/director Zach Quiñones about breaking into the industry with shorts, distribution strategy, and the largely untapped potential of Instagram’s IGTV video platform.

IFJ: Your second feature Suicide Watch was released in 2015. Can you tell us what it’s about and what inspired the idea for the movie?

ZQ: I had made a feature in college that I’m really proud of but fully aware that it’s a total mess of a movie (purely the fault of my own). I always wanted a “re-do” for a while and after a couple of years in L.A. I figured I’d give it another crack but couldn’t really think of anything that I could do with little to no money. I ended up re-watching Clerks (one of my comfort movies) and realized I would basically just do my version of that.

Originally it was going to be about the main character working at a pizzeria (just like me at the time) but that was not feasible logistically or financially. I had just moved into a house at that time and got the okay from my roommates to use it as the main location for my movie when the pizza thing didn’t work out. So I started coming up with ideas and went down a rabbit hole of research on suicides and halfway houses. I really liked how those areas of life had so much overlap but instead of doing a super “true to life” depiction, I wanted to take creative liberty with those concepts. Those are the movies I always liked growing up, stuff that on the surface is based on reality but as you look deeper into it it’s more ethereal.

With Clerks, the main character being named Dante and stuck in a sort of purgatory isn’t coincidental. I always got creeped out vibes from that movie (in a good way) and wanted the same feeling with mine so I set it up where these characters operate a suicide hotline ran out of an attic in a halfway house. That’s not only super illegal but gives a feeling like we’re not actually in “our world” but somewhere else, a sort of purgatory. The main thing was presenting that set-up good enough to where people kind of forget that what they’re seeing isn’t normal or close to reality but instead it sort of becomes the reality they accept (if that makes any fucking sense).

IFJ: What was the budget (if you’re able to divulge it), and how was it generally allocated?

ZQ: $6,000 and most of it out of my own lint laced pockets by saving my tips from working at the pizzeria. The other producers (Alejandro, Mike, and Taylor) invested their time which is immeasurable.

IFJ: What was the shoot like? How many days over what period of time?

ZQ: We did night shoots. Once a week for 12 weeks in a row. We basically had to hit everything in 2-3 takes and only did one reshoot for an important scene that just wasn’t working.

ZQ: My DP Mike Darling shot it on a Canon 5D.

Independent film distribution changes rapidly. What was your experience releasing Suicide Watch, and what are your thoughts about the distribution landscape then compared to now?

ZQ: The amount of work required for distribution that produces real results eclipses the work involved in actually making the film when you’re making films on the fringe of the industry. What’s interesting is that back then, it was “easy” given you could put your movie on YouTube or Amazon Prime. But you still needed a certain standard of money and manpower to give your project some legs and reach the masses.

Nowadays, you have the same resources (social media) but those platforms have evolved to be more refined with helping filmmakers move the needle with very little money and personnel needed. IGTV is a very under-utilized tool that filmmakers are overlooking — you don’t need to tell your audience to “Click Link In Bio” anymore, they can literally hit “play” on your IGTV post and watch it immediately. Inclusively, Instagram has become more focused on ad and promo space for content created by its users. It’s essentially a marketplace for content creators–they’ve put more emphasis on the “media” part of social media. YouTube and Facebook are the same; a lot of these social media platforms have re-engineered to be more beneficial to filmmakers than they were several years ago.

IFJ: What did you learn from making Spontaneous Human Combustion that helped you on Suicide Watch and your subsequent films?

ZQ: Maximizing your resources and personnel. It was my first movie and even though I had a great group of people helping on it, I didn’t know how to maximize their potential. For Suicide Watch and every other movie I make, I know how to get the most out of my resources and the talent of th personnel involved.

IFJ: What did you learn from making Suicide Watch that you wish you knew going into production?

ZQ: Don’t be afraid to pivot on the spot. There was a scene I wrote for an actor that wasn’t working when we were shooting. Because we only had time for 2 to 3 takes, I should’ve figured out a different way to shoot the scene to get the performance from the actor. It wasn’t the actors fault because I knew after the first take it wasn’t working but was too timid to pivot the scene to benefit the actor. We ended up cutting the scene which sucked because the actor only had a couple scenes in the entire film. If I had just pivoted, it may not have worked out either, but I would’ve given myself at least a chance for something to work when I knew the current situation wasn’t.

ZQ: I can’t say there was an exact moment where I decided I wanted to do this, it all kind of happened gradually over the years. I just really enjoy the process of seed to harvest when it comes to filmmaking.

IFJ: What sustains your enthusiasm for making movies?

ZQ: I don’t care about whether or not I make millions from this or not. I just want to make movies, although I wouldn’t mind a fat check every now and then.

IFJ: Your first two directing credits are for features, and then you made a series of shorts. In many cases, filmmakers start with shorts and move on to longform content later. What made you decide to focus on shorts after Suicide Watch?

ZQ: At the time, I was coming from a different space. I was an English Lit major and doing a lot of long-form fiction writing. I wanted to be a novelist, so I wasn’t necessarily a “filmmaker”. When I got into filmmaking, short films were a foreign concept to me even though I started out crewing short films and events. In fact, I didn’t even know feature films were called “features”. Obviously I got up to speed on that shortly after but I was already committed to doing a feature.

IFJ: Independent films (specifically features) are often made to help the filmmaker acquire representation or as a calling card to use for securing future writing or directing work. What was your objective for Suicide Watch, and do you think a short can be as effective as a feature for accomplishing these goals?

ZQ: I didn’t really have anything to my name besides my movie in college and some other stuff I did as a crew member. I wanted to just solidify myself as someone who is serious about the craft. I almost got an agent out of it but that wasn’t something I was trying to do.

I think short films are more effective than features nowadays. You can literally shoot a short film on your phone, post it, have it go viral, and a few months later start getting offers. I’ve heard of a lot more indie filmmakers who grabbed their first breakthrough with a short film than with a feature. It’s also easier to present a more fleshed out idea with a short than a feature–with the latter, if you can’t present a solid and cohesive intention for over an hour, chances are you’ll lose a lot of confidence from anyone who might have been interested. I wouldn’t do a feature unless you have a strong understanding of your current capabilities and how to maximize them. People are also a lot more forgiving with shorts than they are with features.

ZQ: Make more movies. Hopefully another feature in the next 2-3 years.

Two young men work the graveyard shift of a suicide hotline ran out of the attic of a halfway house.