Erich Kemp on Palmdale, My Stretch of Texas, and How Smaller Productions Can Be Better

We spoke with Erich Kemp and got a glimpse into the production and distribution landscape of 2012/2013, as well as his thoughts on conventional vs self distribution, in particular access vs revenue share. His experience highlights the pros and cons of taking on a lot of roles and the compromises that come along with collaboration.

EK: I started making home-movies starring family members and friends when I was about 12, so when I discovered it could be done for a job, it was only natural to continue on that course.

IFJ: Before writing and directing Palmdale, you made several shorts and a TV pilot. What were the most valuable lessons learned from those experiences that helped you the most when you set out to make your first feature?

EK: I can’t think of anything that I changed in my approach from those shorts to Palmdale. Preparation is always something I took seriously, from breaking down the script, storyboarding, tech scouts, rehearsing with actors… With Palmdale, it was bigger than my earlier productions, and so there was more prep.

IFJ: What was the development process like for Palmdale? What was the inspiration behind it and how long did it take to get the script to a point where you could feasibly produce it?

EK: For some reason, I had this sequence in my mind of a man arriving by train to an empty platform in downtown LA in the middle of the night. The rest of the film grew from that.

Writing took a few months, starting at the end of 2011. I’m not sure when I had a first draft: the script continued to change, even during shooting, so there was no real sense of completion or finality.

IFJ: How did you raise the budget for Palmdale, and how was it allocated?

EK: I had a job, and I worked a lot of overtime, as much as I could get. The total budget for Palmdale was less than $20,000, and we shot over twelve days. Most of the budget went to crew day rates, who also brought their own gear. Actors were paid less. Most locations were free: apartments of people I knew, and shooting guerilla-style in downtown LA. But, a few locations did charge, and then I paid for permits for some of the exteriors with dialogue.

Everyone, after making their first feature, learns how they could make their next for even less, and my experience is just the same. There was much I wasn’t aware of, and when you leave things up to others, they must be compensated.

IFJ: What equipment did you use to shoot it?

EK: Our camera was the Canon 5D Mark II. We used Canon L prime lenses. This was 2012 & 2013, before affordable cinema cameras existed. I wasn’t able to shell out for a RED package rental, so thankfully, Canon had their DSLR’s which were all the rage at the time.

EK: I edited & colored the film via Adobe Premiere, then I hired someone for VFX, a composer for the score, an audio engineer for the soundtrack.

IFJ: Did you have a marketing and distribution strategy before the film was completed, or did it come together after you had the final cut?

EK: Absolutely not. I remember going to AFM with a feature film full of unknown actors, a handful of rejections from major fests, and zero money for marketing. Do you know what I had? My feature might as well not have existed. That was a lesson in the real world of filmmaking. So, I used the AFM’s database of distributors and called all of them, and set up a few meetings with whoever would take me. There weren’t many meetings. Eventually, I submitted my film to ITN using their online form, and they accepted it. Since then, it’s been released in many territories and online platforms. It appears on YouTube every month or so, and quickly reaches tens of thousands of views. I like to read the comments, most of which are positive. I was surprised by the audience’s reaction, because I can’t look past the film’s numerous flaws, but there’s something at the heart of the film that touches people. Not all people – a few express their boredom and distaste.

IFJ: What did you learn from distributing Palmdale that other filmmakers might benefit from knowing?

EK: There are distribution companies for any kind of film. If you’re like me, and have no leverage, no selling points – then you have the choice of either putting your film online yourself, or going with a boutique distributor. If you go with the distributor, your film is going to be one of hundreds they’re selling at every market. Your film will be seen by a larger audience, but because the film is making a few cents every time it’s watched, you won’t see much money back, if at all. The other option, releasing it online yourself, through Amazon, Vimeo, Youtube… is better in that the money comes straight to you, but you don’t have access to all the other markets a distributor does. It’s a catch-22 if you have a little film on your hands. I chose more people seeing it rather than personally trying to grind money out of it. Maybe it’ll have a long life and I’ll see a check in the future, but until then, I’m happy watching all the views and reading all the feedback it gets.

IFJ: Your second feature, My Stretch of Texas Ground, was written by Ralph Cinque. How does directing a script from another writer vary from directing something you wrote?

EK: It’s a matter of making sense, in your mind, of what someone else wrote. Making it clear to yourself what’s going on in each scene. Asking the writer a lot of questions – and when he doesn’t have answers, coming up with your own. Adapting the story into a visual sense. It’s very exciting, because the script comes from a completely different brain, where ideas are born which would never have occurred to you.

IFJ: What did you learn from making My Stretch of Texas Ground that you wish you knew going into production?

After that, most of the lessons I learned were practical and logistical ones based on directing a film of over 40 crew and over 50 speaking roles. The production was like steering a runaway train. Miraculously, we filmed the entire script without shutting down, and the film released on Amazon in early 2019. It’s played at dozens of fests all over, and won many awards.

IFJ: Do you have any advice for filmmakers just starting out?

EK: Make films – don’t talk about it too much, just do it. And then show people what you’ve done. You’ll realize that, as a filmmaker these days, you’re one of a million filmmakers, all wandering around with your film in your pocket, trying to reach an audience. It’s then that you’ll start thinking of how you’ll stand out from the rest. But first, you need to have a film.

EK: I released a short on YouTube in March – a romantic comedy, and an exercise in style mostly, inspired by life during the initial Covid-19 lockdown in 2020. Since then, I’ve written a feature, and am writing another.

EK: I’m not so active on social media, but when I do have something to share, here’s where you can see it: 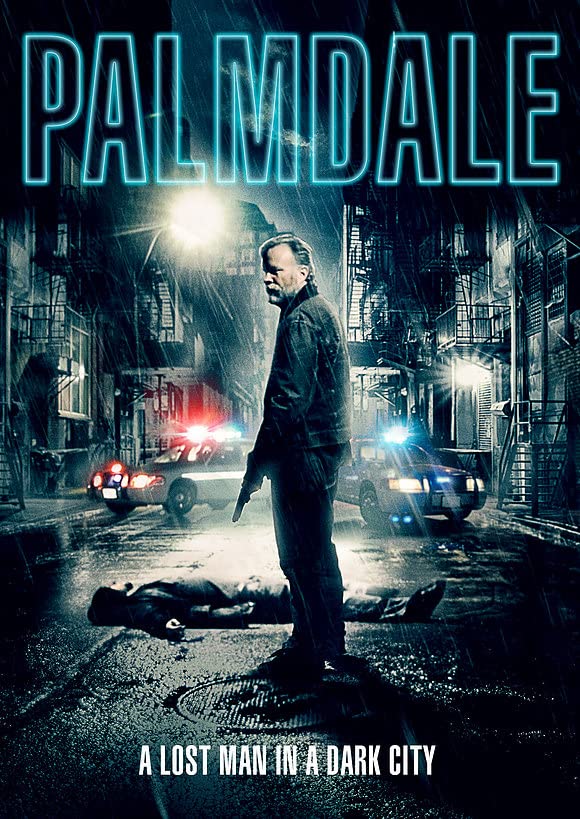 A drifter with a violent past comes to the city to kill somebody for money. On his way to do it, a young woman crashes into his life, giving him the choice - to continue on this path of self destruction or leave it all behind and start again.