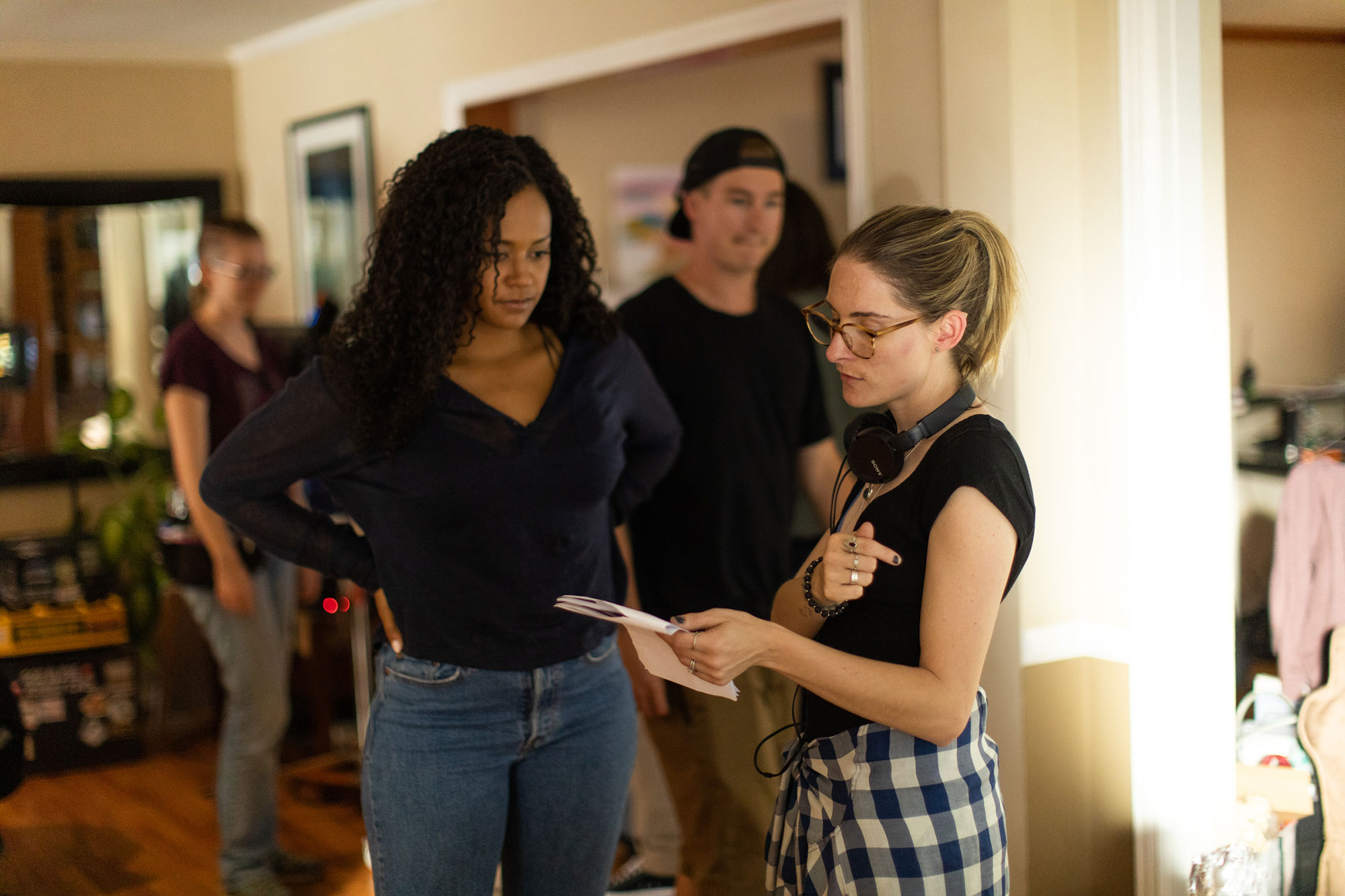 Kelly Walker on the Team Sport of Filmmaking and My Fiona

We talked to Kelly Walker about acting, making short films, and the importance of collaborating with the right people on any project. Her latest film, My Fiona, is available now.

IFJ: Congratulations on the release of My Fiona! Can you tell us what it’s about?

KW: Thank you! My Fiona is about Jane struggling to cope with the sudden suicide of her best friend and finds herself growing close to her friend’s widow and family. In doing so, she becomes inadvertently drawn into an intimate relationship bound by grief that’s potentially catastrophic to the healing for all those involved.

IFJ: What was the inspiration for the story, and how did this movie come together?

KW: I was inspired by the grey and messy shades of grief and saw a lot of similarities in the grey shades of sexuality. I developed the script for a couple of years before Matt Minshall, my producer, came on board. Once Matt jumped on, we started moving pretty quickly, and next thing you know, we were making a movie!

IFJ: Can you give us a breakdown of production? How many days did you shoot for and over what period of time?

KW: Matt was able to secure us an incredible post-production package, but there was a catch: we had to shoot and picture lock within four weeks. Doable? I didn’t think so! However, our super talented editor, Ryan Pennington, was cutting as we were filming, so we had a string out of the whole film by the time we wrapped our fifteen-day shoot. With fourteen days left for editing, we worked around the clock, held three test screenings, and made our deadline. Woot woot!

IFJ: Did any major obstacles arise during production or post that required substantial story changes?

KW: Pretty early on into production, we realized we were too ambitious with our shooting schedule. By that first weekend, I had to overhaul the script – cutting all short scenes and merging scenes where I could. It was a challenge, but I think it made the overall story much more concise.

IFJ: What’s the biggest business lesson you learned from writing and directing a film of this scale?

KW: Surround yourself with producers that know the indie world and are savvy with a budget!

KW: I started making scrappy feature films with my best friend when we were around twelve years old. I got Final Draft for my birthday that year and Video Editing Software the following year. We made one film a year, and it was like a crash course in collaboration and problem-solving. I stuck to acting and video editing when I moved to Los Angeles, but eventually, I got back to what I loved the most: getting scrappy and making movies.

IFJ: My Fiona is your feature directorial debut, which you also wrote. Directing your own script was a change for you from your experience directing shorts and TV episodes. Can you tell us what that was like and if you have a preference?

KW: By the time we got to production, I knew the world of My Fiona like the back of my hand. It was easy to make decisions based on gut instinct. When I’m directing something I didn’t write, there’s a longer and much more vocal process in making decisions that inherently change the story. I think there’s a lot more responsibility in telling someone else’s story because I so badly want to honor the writer’s truth inside the material.

IFJ: What did you learn from your short film and TV experience that helped you in the making of My Fiona?

KW: My biggest takeaway in any medium is to work with people you respect and enjoy their company. If you’ve developed a good working relationship, all the troubles that come your way are defeat-able.

IFJ: What did you learn from the production of My Fiona that you wish you knew going into it?

KW: I wish we had come up with the concept for the poster art before shooting so we were able to capture it on set. I can’t tell you how many posters we developed before we landed on “the one.”

IFJ: How does your extensive acting experience inform your approach to writing and directing?

KW: As an actor, I know how rare it is to get material that excites us. I wanted to write characters that all had a little something that challenged the actor. And, as a director, having that acting background assisted in a shorthand with the actors on set.

IFJ: What advice do you have for filmmakers just starting out?

KW: Just keep making stuff; it doesn’t have to be great, it doesn’t even have to be good! Everything you create will inform you of your strengths and weaknesses as a filmmaker. Making movies is a team sport and you gotta know what kinda player you are to assist your team in knocking it out of the park.

KW: Currently, I have a couple of projects at different stages of development. I’m interested in telling more stories about grief, loss, and sexuality. So I’m sure that will be a reoccurring theme in a lot of my work to come.

IFJ: Where can people find you online to stay up to date with all your projects? 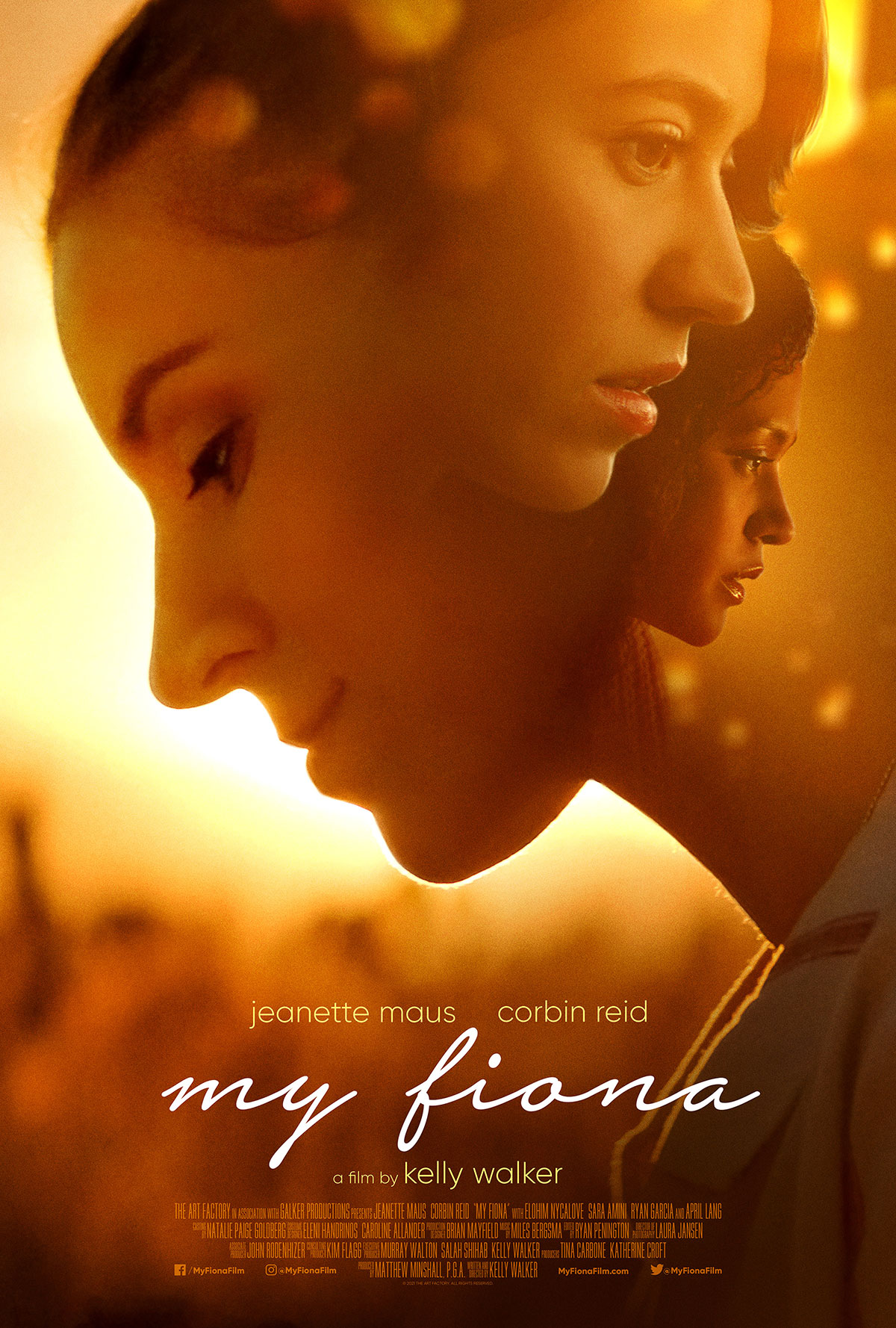 Devastated by the unexpected suicide of her best friend Fiona, Jane helps Fiona's widow care for their son. The relationship develops from a friendship to a deeper affair that's potentially catastrophic to the healing of all involved.